For many years, paleontologists have known of marine fossils within various dinosaur-bearing rock units in the American West. These occurrences are largely ignored by mainstream scientists who deny that dinosaurs were buried in the global and recent Flood, as described in Genesis.

The Hell Creek Formation in eastern Montana has yielded many T. rex specimens, including well-documented dinosaur soft-tissue fossils. Surprisingly, in two volumes of papers published specifically on the Hell Creek discoveries, little is mentioned of the five species of shark and 14 species of fish fossils that are indicative of marine influence.1,2 Secular scientists either ignore these findings or dismiss them as all freshwater sharks and freshwater fish, in spite of the more likely conclusion that they represent marine organisms.

It is now becoming obvious that the mixing of terrestrial and marine environments is not a rare occurrence in the rock record. Recent discoveries in Morocco and Europe have shown that most dinosaurs are found with marine fossils or buried in marine sediments. …Continue reading. 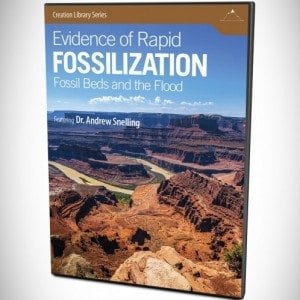 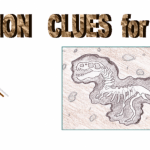 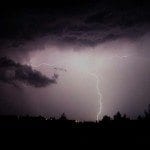