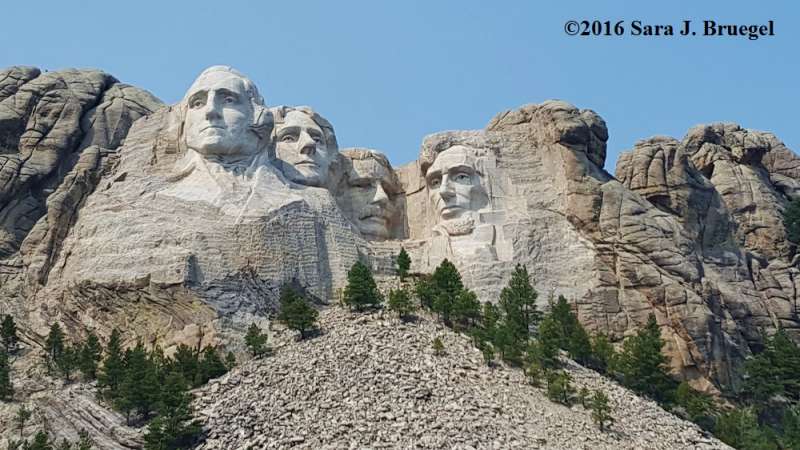 The late summer evening glow of the setting sun made the trees and rocks of the South Dakota Black Hills reverberate with a final splash of brilliant color before darkness cloaked their splendor for the night.  My flip-flops seemed to echo loudly off the smooth pavement, trying to keep up with my excited pace.  Briefly, I stopped at the eye-catching view: a broad, smooth pathway lined with state flags from around the U.S. framing the giant heads of four presidents on the distant peak.  They still looked small from this far away.  Standing at the end of the pathway, I leaned on the stone railing as I watched the sky get darker and the faces on the hill side suddenly lit up, one by one.  Watching the evening lighting of Mount Rushmore National Memorial, I heard stories about the carving of this incredible monument.

But, how can we really know that Mount Rushmore was created by people, and that it’s not just a cool, naturally made rock formation?  After all, there are some stunning “natural” rock formations, made without human involvement.  Just look at Arches National Park, or some of the odd rock formations I’ve written about, like balanced rocks or boulders that stack together to look like a fruit bowl or crab (find those articles here)..  Those odd rock formations were not stacked or carved by people.  Why do we insist that Mount Rushmore must have been made by some very special efforts of people?  Isn’t that a bit closed-minded?  I wasn’t there before those faces appeared, so how can I know for sure what caused them? Let’s go over four simple reasons we can know these faces in the rocks were purposefully carved by intelligent people:

Visiting Mount Rushmore, books, pamphlets, signs, and park rangers will tell you the stories of exactly how and when these faces were carved into the rock.   They include very detailed information, like names and other facts about all the men who worked on it, dates when work was started and finished, copies of original plans, and explanations of how they did it. Also, those stories can be confirmed by writings of other people from that time.

Although made of the same granite as the rough rocks around it, the faces of these presidents are smooth and detailed.  They show unique facial features and personality, including eyes, hair, and even some clothing.

Because of the way granite breaks and cracks, the intelligent artists/engineers had to re-design their plan several times over the course of the project.  They were able to notice problems with their patterns and change their designs to suit the needs.

Faces of the four American presidents, George Washington, Thomas Jefferson, Abraham Lincoln, and Theodore Roosevelt, gazed confidently out of the hill side.  But, of course, these were not the real presidents – they were only sculptures of rock. Yet, looking at each of those stony faces, we remember the people they portray.  They were purposefully made to look like the faces of real people. Those faces were carved so that people could remember who they were and what they did.

All the natural world – all of creation- was specially designed by an intelligent Person.  Our Creator, the God of the Bible, gave us a detailed, written account of how and when He did it.  We see His fingerprints in the intricate details of design of atoms, animals, the universe, and us. God, in His wonderful fore-knowledge gave living things (animals, humans, plants) the ability to just slightly alter their “construction plans” if needed.  Living things have the special ability to adapt, within limits, to meet the challenges of their environments. Finally, God made humans to reflect His face, constantly reminding others of Who He is and what He has done.  My friend, YOU are His masterpiece – not to be selfishly shown off for how special you are, but to show off the talents of your Designer, constantly reminding people of the One who created you and made a plan to redeem you, too. 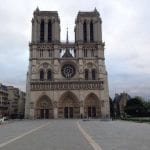 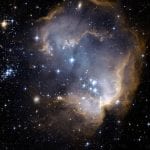