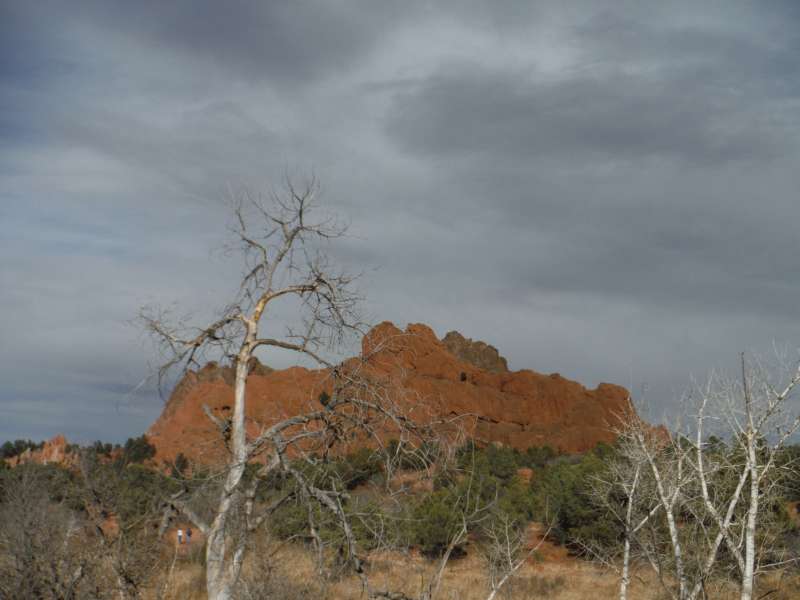 The picturesque view of Colorado Mountains outlining the distant horizon was suddenly broken by nearby jagged red rocks towering high above us as we approached.   The closer we got, the more dramatically the rough rocks loomed from above.  Last weekend, I had a chance to see breathtaking rock formations at “Garden of the Gods”, a National Natural Landmark in Colorado Springs, Colorado.   It’s really a remarkable experience getting to see these enormous, spectacular rocks up-close, and even climb on some of them.   But, there’s a lot more to these rock formations than just their beauty – they also tell the vivid story of God’s mighty power, fierce judgment, and undeserved mercy.

As a believer in the One True God of the Bible (YHWH), a name like “Garden of the Gods”, referring to false gods, makes me a little uncomfortable as well as curious about how this beautiful place got that name.   Although many of the Native American people who lived near or traveled through this area had legends about connections between these rock formations and their false gods, the name actually came from two surveyors who were exploring the area in 1859.  One said he thought it would be a “capital place for a beer garden” to which his companion, Rufus Cable replied “Beer garden!  Why it’s a fit place for the gods to assemble.  We will call it Garden of the Gods.”  And that has been its name ever since.

The geology of this remarkable place really is best explained by a supernaturally caused event – the global flood in the Bible.  What makes this place so incredible is the jagged sandstone dikes sticking up out of the ground.   The earth that God originally created was completely destroyed by the catastrophic world-wide flood – it must have ripped up all the vegetation and sediments, leaving bare bedrock.  Early in the flood the first layers of mud, including the Sawatch Sandstone (geologically classified as Cambrian), began to separate out and be laid down on top of the bedrock.

Towards the end of the flood and possibly beginning of post-flood planet recovery the Rocky Mountains started to lift up through plate-tectonic activity (more on that topic here) in an event that geologists call the Laramide Orogeny (an orogeny is the geologic term for a mountain-building event).  During that time, a fault cut down vertically through the upper rock layers and even through some of the bedrock.  The movement caused one side of the fault to sink down and the other to rise up, making the upper (more recent) layers go down and the lower (older) layers go up.  After erosion, this would make bedrock level with mid-flood layers and about 20,000 feet above the matching bedrock on the other side of the fault.

Long story short, there was a lot of cutting, squeezing, lifting, and moving of enormously vast rock layers (can you imagine the earthquakes?!).  This caused the layers to bend smoothly like crumpled papers in some places, making some of the layers actually bend up at an almost vertical angle (see picture of layers near “Garden of the Gods”).  Pressure from all this caused Sawatch Sandstone layer, which was apparently still soft, to squeeze like toothpaste into cracks in the layers above and bedrock bellow, later hardening into the jagged giant rocks we see at “Garden of the Gods”.  These layers had to have been soft around the time the Rocky Mountains were built up, which presents a huge problem for those who believe in “millions-of-years” geology: the Sawatch is supposed to be about 300 million years old, but it needs to still be soft when the mountains were built up, a supposed 70 million years ago.  Rock that is 230 million years old is not going to be soft enough to bend and squeeze like toothpaste – it’s better explained by the global flood in the Bible! 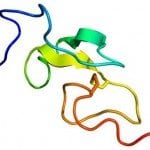 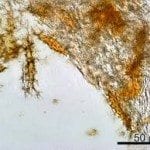