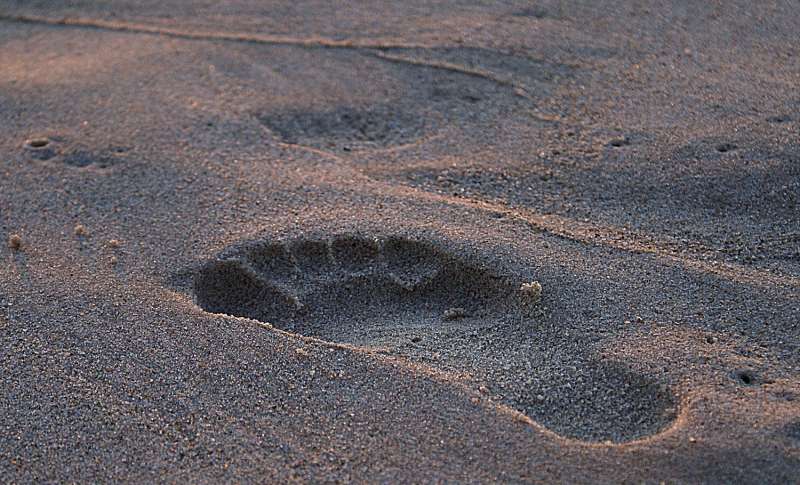 The late afternoon sun was beginning to sink. Waves lapped up onto the sandy beach, erasing footprints and leaving a perfectly smooth surface of wet sand. The newly smoothed sandy surface, just waiting to catch new footprints, reminded me of the peaceful feeling of finding a wide field of fresh new snow, without any footprints or marks yet. Whether you can relate better to the feelings of wet sand between bare toes as they make footprints along the beach, or the feeling of being the first person to make tracks through fresh snow, you make tracks either way. You make tracks that reflect who you are – big person, small person, bear, or kitten. You make tracks that show evidence of what you did and where you went.

Fossil footprints can show evidence of where creatures went and what they did – if scientists can figure out who made the tracks, which is always a big challenge. Some interesting fossil prints that look an awful lot like human footprints were recently discovered on the island of Crete, Greece. Human footprints are unique from animal prints. We don’t make claw marks in our footprints and we make certain shapes that show our arches, heels, and the balls of our feet. Our toes are very unique – We have a big toe on the inside of each of our feet, and the toes get progressively smaller until you get to the pinky toe. As silly as it sounds, maybe one of the most memorable ways to picture this is with the old nursery rhyme: “This little piggy went to market, this little piggy stayed home, etc.” working from the biggest toes to the littlest ones. Many animals have toes that are all the same size. This progression of “big toes to little toes” was seen in these newly discovered fossil footprints and there were no claw marks.

Another unique thing about human toes is that our big toes face forward. Apes and chimpanzees have big toes, but their big toe points outward like our thumb, making their feet look a lot like our hands. These fossil footprints from Crete showed forward-facing big toes like our feet. They look a lot like normal human footprints. If they look so similar to humans, why don’t we just call them human footprints? Because of the rock layers they are found in, these footprints would be some of the oldest human fossil evidence and that presents a problem for the evolutionary view of how humans came into existence.

At a supposed 5.7 million years old, found in Miocene group rock layers (more about rock layer groups & ages here), these footprints would never be considered human by the evolutionary camp. Forward-facing human-looking big toes were thought to be more advanced or more evolved than the thumb-like big toes of apes. This is sooner than they thought humans had forward-facing toes. Ardipithecus ramidus, or “Ardi” for short, was thought to be a missing link, but this fossil has side-facing toes like an ape, and is younger than these footprints. Many scientists are skeptical of “Ardi” anyway, but finding evidence of forward-facing human-like toes in rock layers this old is still a challenge for evolutionary thinking. These fossil footprints make it look like our ancestors’ feet must have looked a lot like modern human feet earlier than evolutionary thinking would first assume.

Maybe our ancestors’ feet looked like modern humans because they were fully human all along. The Laetoli footprint fossils are some other old human-like footprints, discovered before the Crete discovery, and they also seem to look a lot like modern human feet.  Now, some people might say that the Crete footprints look more “primitive” than our feet – they have more narrow heels and less dramatic arches than we do. But, keep in mind the variety in humans we see today – different eye colors, height, facial features, sizes, skin colors, and much more. None of those variations are better or more “primitive” than others – they are just different and part of our individual uniqueness. Different nations and people group have cultural and physical differences. In the past, there were other people groups that may have looked different that you or me, but like our modern people groups, they were all still people, just like us. No better, no worse. If someone studied my footprints, they might be able to tell that I have relatively narrow heels and wide toe boxes and that I tend to walk around barefoot (partly because most shoes don’t fit comfortably – the heels slip and the toe boxes are too tight). I can’t help but wonder if people studying my fossil footprints might think that I must be some sort of primitive human, or perhaps some advanced form of human who walks differently and is continuing to evolve.

Another one of the big problems that these fossil footprints present for evolutionary thinking is that they were found on the island of Crete, Greece – in Europe – while most of the other oldest human-looking fossils have been found in Africa. Current thinking on human evolution says that humans evolved first in Africa and then spread, but these Greek fossils are older than most of the African human-looking fossils. In another very interesting find by an entirely different group, scientists discovered a jaw that had some similarities to human jaws, also found in Greece in similar rock units (same age according to evolutionary thinking). There’s still a lot of research that needs to be done on this fossil, and I can’t say that it is definitely human or not at this point, but it certainly is interesting that it was found close to these footprints. This is not a problem for the Biblical view of human origins. We believe that humans were created fully human from the beginning, and that after the global flood and Tower of Babel (see Genesis 11), the people spread across the earth. In this view, the layers seen in Crete, capturing these fossil footprints really aren’t that much older than the fossils in Africa.

So what’s the take-away? We have always been and always will be humans – uniquely made in the image of God. You are not an accident descendant from animals, but lovingly created by God as His child just a few thousand years ago, and new scientific discoveries continue to confirm this. May you always remember that you are fearfully & wonderfully made with purpose. 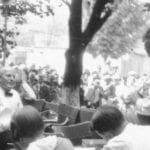 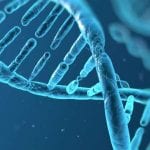