Part 2 of series “Redshifts and the Universe”. Watch Part 1 HERE, and Part 3 HERE!

Edwin Hubble’s observations in 1929 led to the conclusion that the universe is expanding, but is that the correct interpretation of extra-galactic redshifts? The standard big bang model derived by Friedmann and Lemaitre gave Hubble a solution to his dilemma but did he really believe that cosmological expansion was the correct interpretation for the redshifts he observed? Clearly he did not believe in the Creator and was repulsed at the idea that the universe might have a unique centre and that we might be somewhere near that.

Learn more about Mr. Hartnett and his materials at his website, www.johnhartnett.org!

John is a Physicist and Cosmologist, currently working as an Associate Professor in Adelaide, South Australia. He writes on the subject of science and faith, and speaks on Creation/Evolution issues in universities, schools, churches, and the media. johnhartnett.org 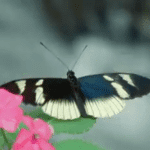 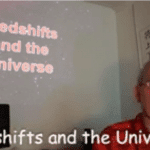