A fossilized spider was found in China with such perfectly preserved features that researchers were able to identify it down to its species name. Only two other fossils of its kind have been unearthed, and all three look like modern North American desert spiders.

But this newly discovered fossil is supposed to be “120 million years” older than the previous “earliest” fossil of its kind.1 Does this extend the time range for spiders, altering their evolutionary history—or does it call that very history into question?

The fossilized Plectreuridae spider was found in Daohugou in northern China, and its description was published in the German science journal Naturwissenshcaften.2 Microscopic examination revealed clear details of this soft-bodied creature. It was so much like its living counterpart that paleontologist and lead author Paul Selden told Wired Science, “The scimitar-shaped structure you notice out of the male is so distinctive. Looking at modern ones, you think, well, it’s just a dead ringer.”1

But it should no longer be a dead ringer, if evolution is true. It should be extinct and replaced by a differently evolved spider, or even a non-spider, after so much time. With 165 million years for mutations to build up (which scientific observation has shown would have occurred relentlessly), one would expect tremendous differences in the spider’s appearance by now. Instead, the Plectreurid spider fossil looks… Continue Reading. 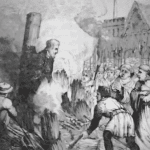