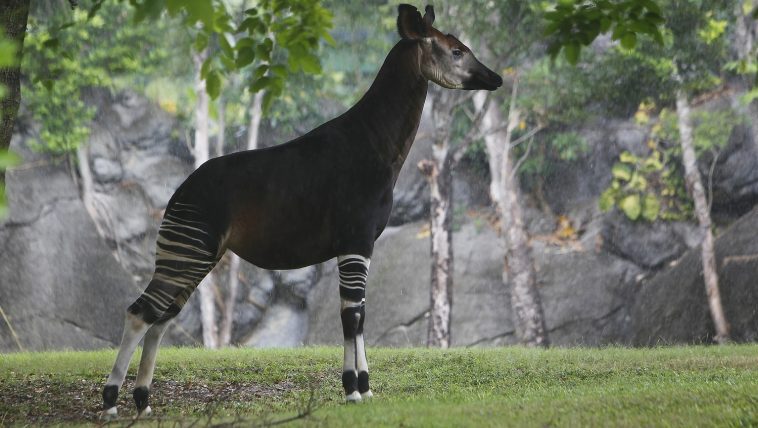 [Originally published as Engineering the Okapi]

The okapi (Okapia johnstoni) was totally unknown to the Western world until the early 20th century when it was officially described in 1901 in honor of Sir Harry Johnston from England. While Johnston never actually saw an okapi, he did send back from Africa a striped skin and a skull of the animal that allowed for the scientific naming by English zoologist Phillip Sclater.

The reason why the okapi had stayed unknown to all but the local pigmy natives was that its habitat is remote rainforest, making okapi hard to spot. To this day, their native habitat is a highly dangerous place, especially for outsiders.

This reminds me of the living dinosaur controversy because there are still remote places on earth where animals live that have been described by natives as looking dinosaur-like. However, until living dinosaurs are as common as the okapi, it is unlikely they will be officially categorized as anything other than extinct.
The secular view is that dinosaurs went extinct 65 million years ago. Creationists that believe dinosaurs are extinct write that extinction likely happened sometime in the Middle Ages.

Evolutionists throw around figures of six-to-twelve million years ago as the timeframe when the okapi first evolved from some common ancestor that also produced the giraffe. All the fossil record has to say is that the okapi is another living fossil since fossil evidence reveals no skeletal change from the oldest to the current specimens in secular paleontological history.

Observational science tells us that the okapi was engineered to fill a specific ecological niche such as the one in which it is now found. So, there is no objective evidence of evolution and little evidence of adaptation.

Besides those living in zoos, okapi are only known to live today in the dense rainforest of the Democratic Republic of the Congo (DRC) in Central Africa. This rainforest is characterized by lots of rain and little light due to the denseness of the tree canopy where leopards and local human hunters are their main predators.

The okapi have been engineered to both survive and thrive by being endowed with the following traits and characteristics:

Even with all of these designed traits that have worked well to protect them from animal predators and allow them to thrive in their habitat, they are not so effective against the invasion of man. Deforestation for gold mining has caused the okapi to be officially listed as “Endangered” by the International Union for Conservation of Nature (IUCN).

The Okapi Conservation Project is working with the IUCN and communities of the Ituri Forest in northeastern DRC to ensure the protection of the okapi still living in the rainforest. The pigmies that live in the same rainforests with the okapi and the general DRC population have been willing to learn about the value of these animals, and the okapi is generally treasured by the people of the country, so there is hope for their long-term preservation.

The okapi are typically solitary, only found together when mating or when calves are still with their mothers. In the wild they are extremely difficult to observe, with most photos taken by trip cameras.

Due to their elusive nature, the okapi total world population is hard to estimate for sure. We estimate the population at no more than 15,000 individuals. There are a number of zoos across the world that display and breed okapis. 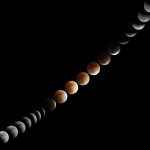