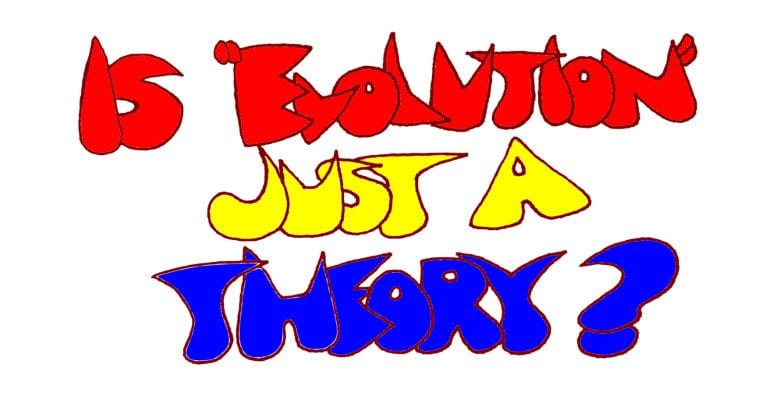 While surfing radio channels awhile back, I happened upon a host of a Catholic show who was addressing evolution and Catholicism. My science background and apologetic interests made me listen closer. Her view was interesting, however, I was disappointed in a common line she used.

She, like Catholicism in general, does not take a hard stand on the evolution issue (which is another topic). She, however, made an argument that I think sets people up for failure. She said the following, or a variation of it: “evolution is just a theory, so it is not a fact”. You may think it is surprising that I would be concerned with this line, considering what I write and talk about. I’m one of those Darwinian skeptics you know. If you will, however, let me point out three concerns that come to mind with this line.

First, the “it’s just a theory” line, while it’s true in one sense, is not true how she presented it. And she is not alone, it’s a popular “rebuttal” from evolution skeptics. It’s better to use real arguments instead of false rhetorical language, however.

The word “theory” doesn’t mean the same thing in science as it does in general society. Most people think it means something like a conjecture, speculation or assumption. Not so in the scientific world, the word ”theory” means something like a robust and well evidenced explanation for something. The scientific word “hypothesis” would be a closer fit to the pop definition of the word “theory”.

Never say “evolution is not a fact”

And then, after saying “evolution is just a theory”, the well meaning person goes on with finality to say “thus it’s not a fact”. Now the connotation of this line: “it’s not proven to be true, so there, take that” may be ear candy in a group of evolution skeptics, it’s sounds, however, quite silly in the science world. Yes, while this phrase is somewhat true, it’s also misleading how it’s framed.

Actually, according to Hume’s Problem of Induction, nothing in science can be proven to be true since science is based upon induction. Laws, theories and hypotheses can be falsified, but not proven true. Theories can be robust or strong, but proof is outside the capabilities of science.

This may be a little surprising and unsettling for some, but that is the nature of induction. We know the conclusions from the inductive enterprise are true because of our past experiences shown from induction to be true. If that sounds confusing, you see the problem. Induction explains things from past experiences. Thus, induction is circular, and the strange conclusion we come to is that scientific explanations are ultimately dependent upon blind faith. Conclusions of science are always tentative and could change with just one small piece of new information.

Also, evolution is not alone in that it can’t be a “proven fact”, all scientific conclusions or explanations are tentative. To single out evolution makes the argumentation more pompous than it really is and thus becomes empty rhetoric. It’s like “duh, every scientific theory can’t be proven to be true, so now what?”

The term evolution is equivocal

Lastly, I’m concerned about how the term “evolution” is used equivocally. Evolution has various meanings in both general culture and in the scientific world.

Some meanings aren’t disputed, such as the standard definition of biological evolution, “change in allele frequency in a population over time”. And we must not forget the yawn simulating definition, “change over time”.

However, these must not be confused with definitions that ignite fireworks all over this side of the north pole, such as in Darwinism (or neo-darwinism, the modern synthesis or Darwinian evolution). All of which can be defined something to the effect of “all of life came from a universal common ancestor via genetic mutations, filtered by natural selection.” And to add insult to injury, this does not count cosmic evolution (evolution of the universe) stellar evolution (evolution of stars), organic evolution (origin of life or abiogenesis) and so many other variations that involve much controversy.

All in all, a line like this should not be used, at least I don’t use it. It is misleading and equivocal. It is not accurate and I would argue is quite unconvincing. If I would use it, I know an astute person could really take me to task for it. Thus I don’t use it. Plus it “illustrates to secularists”, to their enjoyment, how unreasonable and wrong headed theists are, which is pure bunk.

Please tell us all your thoughts below! 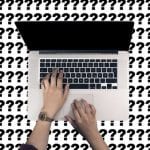 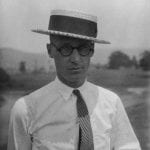