What is evolution? Where did humans and animals come from? What makes humans different from animals? Why is there so much variety among animals and plants? What about cave men?  Whether through TV shows, movies, books, school, or friends, you have probably heard something about evolution. Even if it isn’t presented as “teaching evolution”, ideas about evolution get woven into lots of different places. Since it is such a common topic there are a lot of questions and misunderstandings about science and evolution – especially in biology.

The term “evolution” just means change over time. There are many different types of evolution, or more specific definitions of evolution as well. On hearing the word “evolution”, most people are thinking about Charles Darwin’s theory of Evolution or biological evolution (change in living things over time). In very basic terms, Darwin’s idea of Evolution was that all living things have a common ancestor. This idea says that lots of little changes over a very long period of time produced all the variety of living things we see today, from bacteria to humans.  To keep things clear for this article, I’m going to refer to Darwin’s idea of molecules-to man Evolution with a capital “E”, and any other definition of evolution with a lowercase “e”.

Don’t we see evidence of Evolution happening all the time?

Have you ever heard someone say something like this: “We know Evolution is true because scientists can see evolution happening all the time”?  The problem is that they are talking about two different definitions of the word “evolution” and then equating them.  The “evolution” (change)that we see happening all the time is small changes within limits.  This is different from the idea of molecules-to-man-Evolution. It’s more accurate to call these small changes “variation” than evolution.

One of the most familiar ways to see this is with dogs.  There is an amazing variety of dog breeds – poodles, Labs, pugs, basset hounds, and Dalmatians.   But, they are all still dogs! Even if the dog may be almost as big as a horse, it’s still a dog – it’s not evolving into a horse or any other creature. We can see the change in variety happening among animals. But, we never see one type of creature changing into a different type of creature.  There are no in-between (transitional) animals alive today or in the fossil record that can be proven without a doubt. What’s the big difference between variation and Evolution? Can’t lots of variation just add up to become Evolution? No. Why not? Because of the way DNA works and because of all the information that would have to be added for a creature to become something totally different.

Can information be added to DNA?

When Darwin’s theory of Evolution first started to become popular, the science of genetics was barely discovered. Over the years, scientists have learned much, much more about genetics. And they have barely even scratched the surface in this deep, complex field of science. The DNA in every living thing is absolutely astounding.  The more I learn about it, the more it amazes me.  Your DNA is packed with lots of information. These are the instructions that make your body.   Since the information to make a living thing comes from its DNA, new information would have to be added to the DNA for a creature to evolve into a different type of creature. Fish don’t have the genetic information needed for limbs that can walk, so the information for those features and abilities would have to be added to its DNA. 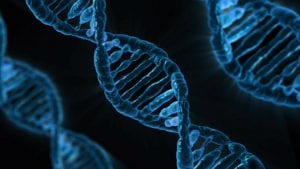 Little changes in DNA, called mutations, do happen. But, there are some big problems with mutations.   First of all, you have to have information to begin with and information only comes from an intelligent source. Every book has an author.  Every masterpiece has an artist.  The same applies to your DNA.

Second, although a section of DNA can be accidentally copied twice, this doesn’t really add new information. Imagine if you had a copy of a 400-page book and it accidentally had two copies of page 211. Although it would have more words in the book and actually have 401 pages, this accident wouldn’t add to the book. It would just confuse or annoy the reader.  Same with DNA – doubling a section of information just causes problems. Especially since the same DNA section is actually “read” several different ways – forward, backward, and as a code within the letters as well! I told you DNA was astounding, didn’t I?!

So in summary, no:  useful, constructive information (the kind that Evolution would require) cannot really be added to the DNA.Even given vast amounts of time, and very rare “useful” mutations (or changes), it would still not be enough to make all the information in DNA of living things. Information only comes from an intelligent source.  In fact, DNA is actually losing information quickly, not gaining information – this loss in information is called “Genetic entropy”.

Where do plants come from? Seeds from parent plants. Where do babies come from? Parents. Where do chicks come from? Eggs laid by a chicken. Life only comes from life.  This is an important law of science, officially discovered by Louis Pasteur. If you’ve ever used “pasteurized” milk, you have Louis Pasteur to thank for that. Many people of his day thought that living things could just spontaneously come into existence. But, with his experiments, Pasteur proved that living things can only come from something that was already alive. Pasteurization is a process that kills bad microbes, created by Louis Pasteur. 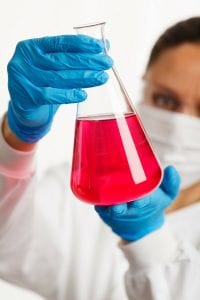 In summary, what Miller and Urey really did is put together a bunch of chemicals that have to do with life. They were a far cry from creating the beginnings of life. You can have all the parts of life together and still not make life. You have to start with something that is already living.  This fact points back to our Creator God.  He is eternal (has always been alive) and is the original giver of life.

What about “Lucy” and other ape-men?

Have you heard of Lucy? “Lucy” is just an extinct ape, not headed toward humanity. What about Java Man? This one was a fake “ape-man” consisting of some ape bones and some human bones. And Neanderthal? Evidence shows that Neanderthal are humans. All of the supposed “missing links” between humans and an ape-like ancestor can be put in one of the three following categories.

News reporters like to report the latest big find, “missing link”, or scientific breakthrough. That’s why a lot of these missing links became popular before people know what they really were. In reality, science is a slow process. It takes a lot of time to gather all the right information, do all the right tests, and get papers published and peer reviewed. Sensational science stories should always be taken with a grain of salt. 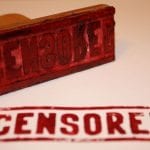 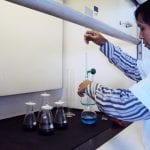