“Deceit is in the heart of them that imagine evil: but to the counsellors of peace is joy.” Proverbs 12:20

In October of 1999 scientists announced the discovery of a new fossil at the National Geographic Society in Washington. Scientists from the Dinosaur Museum in Blanding, Utah, and the Institute of Vertebrate Paleontology and Paleoanthropology in Beijing, China, announced the discovery of a so called “missing link.” The feathered fossil was clearly a bird, but it had the tail of a small dinosaur. They named it Archaeoraptor.

The fossil from China was not excavated by scientists and its history was uncertain. It possessed the specialized shoulders and chest typical of birds, but it had the long tail identical to some small dinosaurs. After the announcement, scientists proceeded to study the fossil in detail. They found that a few bones that would have connected the tail to the bird body were missing. After more study, they concluded that they had been fooled. Someone had taken the fossilized tail of a dromeosaurid and made it look as if it had been part of the fossil bird. The scientists involved admitted they made a mistake by not examining the fossil before they announced the discovery of a “missing link.” Like so many “missing links” before, this one was a hoax.

Every uncontested “missing link” that was ever “discovered” has suffered the same fate as Archaeoraptor. That these “discoveries” are announced before they are studied illustrates that evolution is nothing more than a faith. It is a deceitful faith, and the truth will only be found in the Bible.

Prayer:
Dear Father, let me never be deceived and led away from Your truth. Amen.
Notes:
“All mixed up over birds and dinosaurs,” Science News, 1/15/00, p. 38. Photo: This article from the November 1999 issue of National Geographic was retracted after the fossil Archaeoraptor liaoningensis was shown to be fraudulent. (FAIR USE) 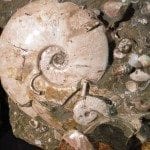