Part I of II

In my years of experience in the engineering field dealing with the practical application of heat and mass transfer, I have applied the principle of entropy extensively in my work for more than two decades. In my broad search for a clear and concise definition of the term entropy I finally settled on one that covers all of the basics without being overly cumbersome…

In a nutshell, entropy is ‘the degradation of the matter and energy in the universe to an ultimate state of inert uniformity.’1

If you open any thermodynamics textbook and begin to examine the sections on entropy, you will find an endless assortment of formulas, equations, and explanations that can even make the average engineer’s head spin! However, behind all of the math and physics is one simple concept that is ALWAYS true – otherwise none of those complex formulas, equations, or explanations would bring us any closer to finding any of the sought-after solutions…

ALL NATURAL PROCESSES DEGRADE OVER TIME.

Now, you may hear of many fancy arguments about how given enough time and chance anything can happen. You may have even heard of people who manipulate the formulas of physics and thermodynamics to make this claim appear to be true. However, the only observable and repeatable (therefore provable) truth is the bedrock foundation upon which all of the laws of entropy are built – everything decays over time.

In fact, when speaking strictly of an evolutionary process, time is the enemy, not the friend of the evolutionist. This is because more time equals more decay and more degradation. They are, in mathematical terms, directly proportional.

As the length of time increases so does the degree of decay.

The Boundaries of Entropy

In Acts 4:24 we find a company of believers along with Peter and John proclaiming, ‘Lord, thou art God, which hast made heaven, and earth, and the sea, and all that in them is.’

The physical universe as described in Acts 4:24 is known as a closed system. This simply means that it contains all of the matter and energy that it will ever contain, and will not receive any matter or energy from an outside source. In fact, by definition, that is exactly what the universe is – a collection of everything that exists in our physical realm.

(The Lord has also created much more than our physical universe; but, that is a topic for another article.)

The physical laws that govern our universe also place necessary boundaries on the behavior of the elements of our universe. This has been designed in a manner such that all behaviors of physical entities can be both consistent and predictable, thus making the place in which we live a place we may also understand and in which we can function productively.

When examining the formulas and concepts of entropy, one may easily become lost in the numbers and theories and come to an erroneous conclusion that any existing energy in a system is available energy. In other words, just because energy exists does not mean that it is useful in a process.

There are 3 things entropy NEVER allows:

Let’s take a few moments to examine each of these points in just a bit more detail, comparing each to elements of the Creation account as found in God’s Word…

The key phrase in Genesis 1:1 is ‘God created’, which demonstrates a deliberate and purposeful act.

Moreover, in agreement with the limitations of the Laws of Physics and Thermodynamics, this record of the creation of our universe gives a specific beginning from an Agency (God) outside the universe.

This further agrees with the statement found in Hebrews 11:3 where we read, ‘Through faith we understand that the worlds (literally ‘ages’) were framed by the Word of God, so that things which are seen were not made of things which do appear.’

To explain this principle, let’s consider a piece of paper that has been set on fire. The matter in the paper becomes ash (carbon) while releasing a small amount of gases (carbon dioxide, etc.) and water vapor. The remainder of the matter is converted into heat and light energy that we see and feel in the form of fire. If we were to collect every last atom from the process after the paper was burned up and compare them to those in the sheet of paper before it had been burned we would find exactly the same number and type of each atom.

Of course, they would be grouped together differently forming different compounds, and some would be fragmented having given off energy. However, if there were a way to collect every last fragment down to the tiniest subatomic particle we would have exactly the same particles as we began with.

This is so with the entire universe. Things are changing and rearranging all of the time; however, we are neither losing nor gaining the total of our matter and energy. Although, according to the Laws of Entropy (as well as numerous other physical laws) our universe is ‘winding down’ in the same manner that a wind-up toy only runs for so long on the energy it is given in being wound up.

We are experiencing a ‘net entropic effect’ in the universe where ‘randomness’ or ‘chaos’ of all processes left to themselves continues to increase – which means order and ordered processes continue to decrease. This, in fact, is the very essence of the definition of entropy.

As we have already seen in this article, the presence of existing energy and/or matter does not equal an ordered process. This is the reason why the theory of abiogenesis (the spontaneous formation of life from non-living matter and existing energy) is not only poor science, but actually violates the Laws of Thermodynamics altogether.

‘All things were made by Him; and without Him was not any thing made that was made.’ (John 1:3)

‘…all things were created by Him, and for Him, and He is before all things, and by Him all things consist.’ (from Colossians 1:16-17)

The Bible identifies God as the outside motivator that binds and directs all ordered processes in the universe.

In Part II of this article we will continue to examine the Law of Entropy in light of the Newtonian Physical Laws and the Scientific Method, also known as ‘sound scientific (or logical) process for establishing physical laws and proofs. 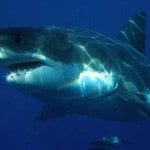 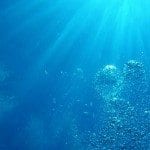