“Go ye therefore, and teach all nations, baptizing them in the name of the Father, and of the Son, and of the Holy Ghost:” Matthew 28:19

It has long been debated whether Christopher Columbus or Leif Eriksson was the first European explorer to discover America. But it’s beginning to look as though this debate is beside the point. One surprising clue is found in inscriptions in West Virginia. These inscriptions are in a language called Ogam. Ogam is a written,

alphabetical language in which the orientation of horizontal and angled lines to a central vertical line determines each character. The inscriptions were made sometime between the early sixth and late eighth centuries A.D., almost a thousand years before Columbus.

The form of Ogam writing used in the inscriptions found in West Virginia was developed by the ancient Irish Celts. How did ancient Celtic writing find its way into West Virginia only six or seven centuries after Christ? The answer may be in the inscriptions. Each inscription offers a Christian message! One reads: “The season of the blessed advent of the Savior, Lord Christ.” It has been suggested that the writers were Irish monks who, in obedience to the Great Commission, set off to make disciples of the American Indians.

In previous programs we have looked at some evidence that people in the Old World commonly had knowledge of the New World before the Dark Ages. We are also planning more such programs. These inscriptions may easily be a sign of Christian missionary work in the New World. 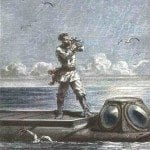 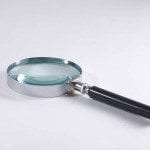