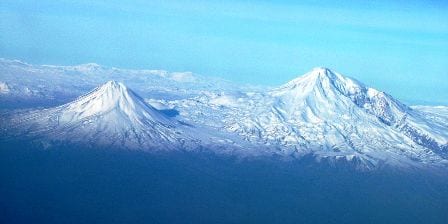 “And the ark rested in the seventh month, on the seventeenth day of the month, upon the mountains of Ararat.” Genesis 8:4

As they rose toward the 15,000-foot plateau on the west side of Mount Ararat, they spotted a familiar looking dark form. It looked almost like the drawing of Noah’s Ark developed from the descriptions provided by others who had seen what they thought was the Ark in this area. The year was 1989.

Chuck Aaron and Bob Garbe, both seasoned creationists, estimated that the visible portion of the dark object was about 60 feet wide, 30 feet high, with about 225 feet of it extending out of the ice and snow. The next morning they returned to the site and shot more video and photographs. With a storm moving in, working time was limited.

The following year, other researchers returned to the site in a helicopter. While they could not land, they were able to get much closer to the site to get better pictures. From their vantage point, they concluded that the object was simply an unusual rock formation – a typical story in the search for Noah’s Ark.

It’s a good thing that our faith in the truth of God’s Word does not depend on physical evidence. Many creationists feel that even if the Ark were discovered and moved to Times Square in New York, unbelievers would eventually concoct their own explanation to discredit the story of God’s judgment in the Flood.

Prayer:
Dear Heavenly Father, You sent the Flood as a judgment upon a willfully disobedient generation. Our generation, too, wishes to deny their moral accountability by denying that You acted as Judge of the whole world in the Flood. Help me to take comfort in the fact that, like Noah, I shall be saved by grace through faith. Amen.
Notes:
Photo: Little Ararat (left) and Mt. Ararat (right). (PD) 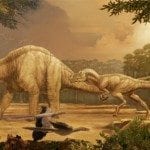 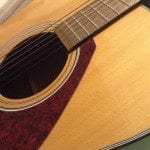