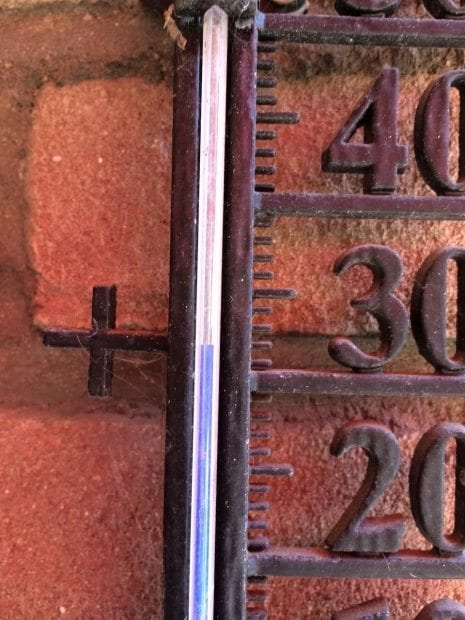 The complete title of this article series is: ‘What is NOTHING? – Texture, Temperature, & Time’. In this series we examine each of these three principles as they relate to the concept of absolute nothingness in three (3) separate articles. Below is a brief description of the material covered in each article:

Part 1 – Texture: This article focused on common concepts of ‘nothingness’ and the true nature of the total absence of matter – including how that relates to our physical existence.

Part 2 – Temperature: This second article will examine the relationship between energy and matter, and will explain why whenever matter is present energy will exist.

Part 3 – Time: This final article will focus on the concept of time as a construct of our physical universe, and will explain why the passage of time is directly related to the existence of matter and energy.

In this article we will examine some common uses of ‘temperature’ and will investigate what it actually represents in the physical universe. From this we will be led to the unavoidable conclusion that ‘temperature’ cannot exist without ‘texture’ (matter/energy)1.

What exactly is ‘temperature’?

One good way to determine the answer to this question is to look at some common uses of this term in the physical world. This way we can learn what the value of temperature is telling us about the world (or universe) around us.

Probably the most common place that most of us experience the term ‘temperature’ on a daily basis is in the weather report. We want to know how to plan to dress and how to prepare for activities for the day; and, the ‘temperature’ (among other factors) often plays a very large part in our decision.

We even measure ‘temperature’ when monitoring our own health. If the ‘temperatures’ of our bodies drifts even a few degrees above or below normal it can signify a condition that is very detrimental to our well-being.

One thing we do know from a very early age regarding ‘temperature’ is that ‘higher is hotter’ and ‘lower is colder’. What many of us do not know is WHY.

Temperature is defined as the average kinetic energy that exists in a system (environment) at any given point in time.

While all of this may seem to be very complicated, the only two factors that we are concerned with in this study are:

Kinetic Energy is simply the amount of energy released when an object in motion strikes another object in motion. This can occur by direct collision (impact) or by the rubbing of one object against another (friction). Spinning objects can also produce friction against non-spinning objects or objects spinning in a different direction. In each of these instances the objects that carry the stored (potential) energy that is released by impact or friction are all comprised of matter.

While we do not look at the amount of energy in every single air molecule of an oven when heating it to bake a chicken at 350oF, we do measure the temperature in the oven by means of a built-in thermometer or thermocouple to ensure that the average energy of all of the air molecules moving around and colliding together is producing enough heat to thoroughly cook the chicken in the time required by the recipe we are using.

As we make the oven hotter to broil fish at 450oF the air molecules move even faster. This means that as they collide with one another they release even more energy in the form of heat. This greater amount of energy is measured as a higher temperature on the oven’s temperature gauge.

Conversely, at a weather station in Barrow, AK in December, we may find temperatures exceeding -40oF (which is also -40oC). This is because at lower temperatures the air molecules are moving much more slowly. Therefore, when they collide with one another they produce much less kinetic energy.

Starting with the definition above that the ‘temperature’ of any object or environment is a function of its average kinetic energy, and that value is based on the existence of matter in motion in that system, we can work backwards and determine a temperature value known as ‘absolute zero’2. This is the lowest possible temperature that could ever be achieved under ‘perfect’ physical conditions; and, it can only occur when all motion within the environment has completely ceased (i.e. no more energy exists in the environment).

Since all environments in the universe contain at least some matter (however tiny) this becomes a physically impossible task; because, in order for matter to exist the subatomic forces which hold the matter together must also be present.

So this prevents us from trying to achieve a temperature of ‘absolute zero’ within matter itself because matter will always contain some form of potential energy – which in turn means that the potential for the release of kinetic energy will always exist. This also agrees with Einstein’s matter/energy relationship which we commonly express as:

Simply put, this equation tells us that the total amount of potential energy (E) in amount of matter (m) is equal to the product of the mass (m) of that matter and the speed of light squared (c2). Therefore, no matter how minute the amount of matter present is, it will always have the potential to release energy in some form – however small.

Often, we know the temperatures of objects in outer space because we can determine their chemical composition and/or heat emission through spectral analysis (a study of the components that make up the light emitted from the object).

Likewise, if we know a liquid exists on the surface of a Saturnian moon and we determine the composition of that liquid to be methane, then it is relatively simple for us to deduce the temperature (or at least the temperature range) of the liquid. This is because we know the atmospheric density of the moon, the freezing and boiling points of methane, the distance the moon is from the Sun, and other factors that can help us to pinpoint the temperature of the liquid methane on the surface with reasonable accuracy.

While measuring higher temperatures remotely can be achieved with reasonable accuracy, the same cannot always be said for the measurement of very low temperatures. This is not to say that we do not have instruments that can measure temperatures to within a very tiny fraction of absolute zero – because they are in use all of the time in many fields of study and application. However, the factor of accuracy comes in the very definition of the term temperature, which is the average kinetic energy in the system or environment.

In the instance of high temperature environments we know that there is a great deal of energy being released as a result of very energetic molecular activity. Therefore, there is a greater allowable margin of error in our measurement of ‘average’ kinetic energy vs. kinetic energy at any point because the high degree of activity makes the environment more thermodynamically homogenous (well-blended).

However, the exact opposite is true in a very cold environment. In fact, as we approach absolute zero, molecular motion is very slow indeed. This causes much fewer collisions which gives off much less kinetic energy. Also, the dispersion of the energy is no longer as thermodynamically homogeneous because the collisions are so sparsely and randomly spaced & timed. This means even with a finely tuned instrument of the highest caliber we are still going to have a very large margin of error with respect to the tiny temperature differentials we are measuring as we try to find temperatures that are close to absolute zero.

The above paradox is especially true when measuring the amount of energy in an environment; because, all matter contains energy – including the instruments used to take the measurements.

On a large scale we can generally account for the energy emitted by a measuring instrument and mechanically or mathematically remove that value from our computations. However, when the values become very tiny, this becomes an all but impossible task. Even energy from ‘background radiation’ (radiant heat energy that exists all around us all the time) is difficult to eliminate completely.

The Role of ‘Temperature’ in Creation

Both energy and matter required coming from an environment in which neither previously existed. Since our universe is composed of matter and energy, and since the presence of both is necessary for temperature to exist, we must conclude that temperature is a direct result of Creation.

In Genesis 1:1 we are told that ‘God created the heavens and the earth’. Given the vast size of the universe, a tremendous amount of energy was required to bring it into being. Even if we completely disregard the obvious order of all of the components of Creation that point to ‘directed design’ (i.e. ‘Intelligence’) we still must concede that temperature came into existence as a direct result of the energy released into the universe at Creation.

The Lord God Almighty is absolutely omnipotent. ‘The heavens declare the glory of God; and the firmament sheweth His handiwork’ (Psalm 19:1). Yet, with all of this incredible power, He cares about each and every one of us. He cares about YOU…

“Are not two sparrows sold for a farthing? and one of them shall not fall on the ground without your Father. But the very hairs of your head are all numbered. Fear ye not therefore, ye are of more value than many sparrows” (Matthew 10:29-31).

No matter how much we ‘intellectually’ study God’s universe, until we come to know Him personally, we will never realize His promise of Eternal Life – the promise for which we were created. This is why He Personally sent His Son to call us to repentence.

‘But God commendeth His love toward us, in that, while we were yet sinners, Christ died for us’ (Romans 5:8).

Watch for Part III (the conclusion) of this Article series in October. We will examine the principle of time as it relates to ‘nothingness’ and discover why ‘nothing’ is ‘immeasurable’!!!

(1) Article: By Him All Things Consist 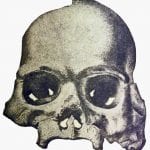 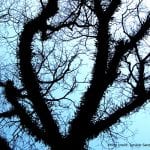